OmgUp! - Age does not prevent elderly British couples from traveling across continents. Chris (64) and Peter Lloyd (66) began their adventure of cycling from the Hadrian Wall of England with the final destination of the Great Wall of China.

Reported by the Daily Mail, Friday (6/21/2019), the elderly couple traveled a distance of about 19,300 kilometers for 1.5 years across 16 countries. This idea arose after Chris and Peter retired and wanted to do something different from the previous routine. Finally, they decided to visit a place by cycling together. 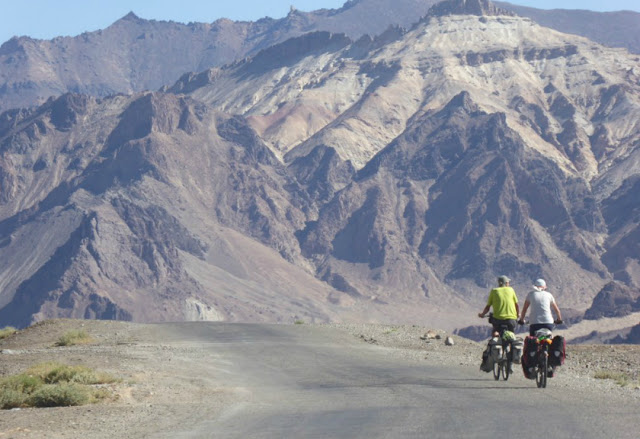 Chris and Peter Lloyd began their journey in early 2017 but had time to return to England. At that time Peter had a bicycle accident so the two were forced to turn back to England.

But that was not the end of their journey. After taking a break for 2 months, the two decided to go back on a trip that began on October 2017.

They cycle together through urban areas, villages, deserts, and mountains. Throughout the trip, the couple who had been married for 37 years took the time to enjoy the culinary specialties of the region that was crossed.

They chose to spend the night in a tent during hot and cold temperatures. Even they had spent the night in the cave.

"Every day is a new adventure. Being on the road with the sun and the world under your feet is amazing," Peter said.

When they finally arrived at the Great Wall of China, they were deeply moved and could not hold back their tears.

"I am very happy and a little disbelieving because we succeeded. There was a lot of time when I thought it would never reach our destination," Chris said.

Both then spend time together enjoying the beauty of China for several weeks. From China, both of them are moving towards Southeast Asia to reach Singapore.

The couple did not use the plane to return to their country. They prefer to rent a cabin on a cargo ship and spend three weeks from Singapore across the Indian Ocean to the Mediterranean, until finally anchored in Southampton, England.