Giethoorn, Floating Village in Netherlands - Giethoorn is a tourist village in the Netherlands, nicknamed "Venice of the North". Dubbed like that because there are no motorized land vehicles that can pass there, and transportation can only be done on water, in many branching canals it becomes streams. 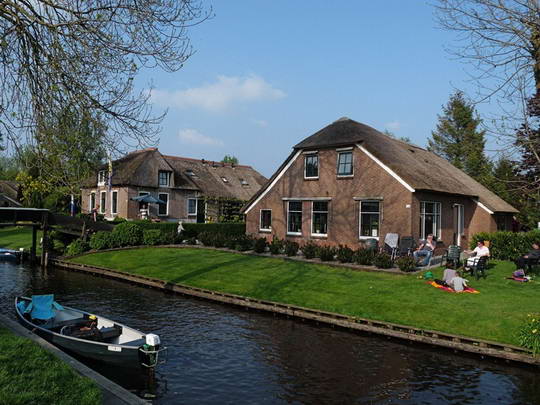 The water that surrounded and inundated the village began with the coming of the great flood of St. Elizabeth in 1170, and the village itself was founded and developed again in 1230 when Mediterranean fugitives came to settle here. The fugitives found many wild goat horns that might have been killed by flooding, and from there the village's name came from. Initially the village was called 'Geytenhorn' which means ‘goat horn akhirnya, eventually becoming Giethoorn after many years. 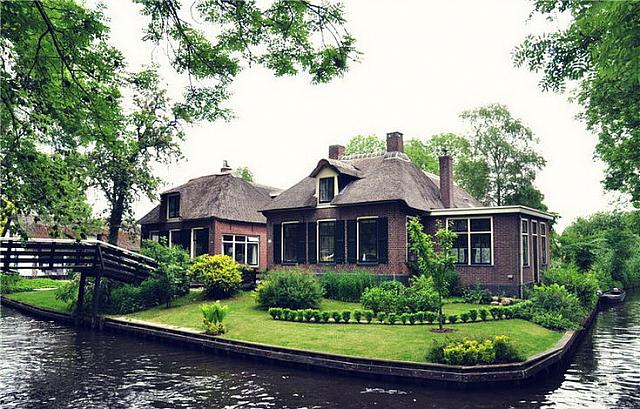 Many houses are built on small islands, reached through a high bridge. Villagers use small boats with slow motorbikes known as whispering boats, and wooden bridges are used to connect one island to another.

Giethoorn became famous, especially after 1958, when Dutch comedian Bert Haanstra made the famous "Fanfare" comedy there.