Exploring the Moon in Iceland's Barren Plains - As we know so far, the first person to land on the moon was Neil Armstrong on July 20, 1969, just 50 years ago, recorded a great history in the world of astronomy.

A small town located on the northern coast of Iceland receives known as a place for training astronauts before leaving for the moon, and has an atmosphere similar to the surface of the moon.

Iceland is located close to the arctic ring and is located on the most active tectonic plate in the world. This natural state makes Iceland a natural laboratory that is often used for research by experts. 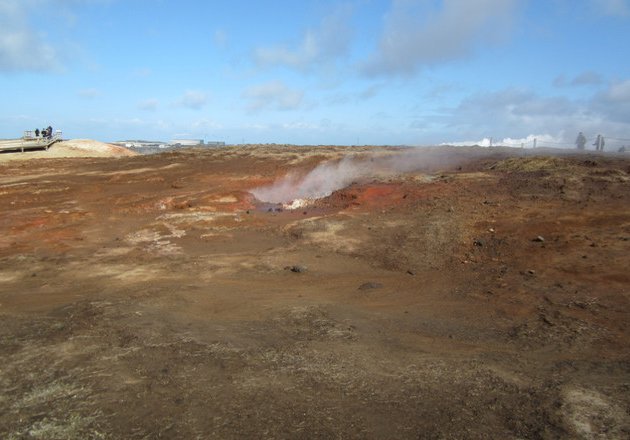 Reporting from BBC Travel, the fact that 80% of this country is uninhabited, and 60% of the land consists of rocky plains and is covered by lava deserts and glaciers. This natural condition makes Island a suitable place to make a replica of the moon's surface.

Orlygur Hnefill Orlygsson, director of the Husavik Exploration Museum, said that Island really has a resemblance to the surface of the moon. "The view here (Island) is very supportive, especially during the summer, where there is little snow, and ice in the desert," added Orlygur quoted from BBC News.

In addition to natural conditions that are almost the same as the moon's surface, various glacial rocks found in Iceland resemble the surface complexity of the moon. So, many astronauts were sent to Iceland before being sent to the moon.

Read More - 10 Tourist Attractions in Batam You Must Visit


Astronauts also routinely carry out 'analog missions' by visiting several extreme regions on earth, one of which is Iceland, precisely in the volcanic area of ​​the barren highlands du Iceland.

"I spent 10 days exploring active volcanoes in Iceland, a barren place that really feels like on the moon," said Al Worden, pilot of the Apollo 15 mission who had gone to the moon in 1971.

50 Years of First Landing on the Moon

The first time in history, visitors to Iceland will be given the opportunity to enjoy the Husavik region with Moon Games. This facility was given to commemorate the 50th year of the first landing on the month.

The Moon Games are usually carried out by astronauts doing training in this barren Husavik region. Where astronauts are required to move quickly in determining which moon rocks can be carried and provide the right reasons why to choose the rocks of the month.

Besides being able to enjoy Moon Games in the barren Husavik region that resembles the surface of the moon, visitors can also enjoy a replica of the Apollo 11 Eagle module that is on display at the Husavik Exploration Museum.

There is something interesting at the 50th anniversary of the first landing this month, the "Moon Concert" which will be held on Sunday, October 20th. The concert is planned to take place in the glacier-covered Snaefellsjokull stratovolcano area and features Icelandic musicians and two sons Neil Armstrong who is also a musician.