OmgUp! - In Indonesia, there are at least 800 lakes, some of which have a larger surface area than others. Curious about which lake is the largest in Indonesia and where is it located? See the brief explanation below!

The Ministry of Environment noted that Indonesia has more than 800 lakes that can accommodate 72 percent of the surface water supply. Some of them are the largest lakes in Indonesia that you can refer to in this article.

You probably already know one of them, namely Toba, which is the number one largest lake in Indonesia. The lake which is located in North Sumatra Province is formed naturally from volcanic eruptions. Besides Lake Toba, there are other lakes you need to know. 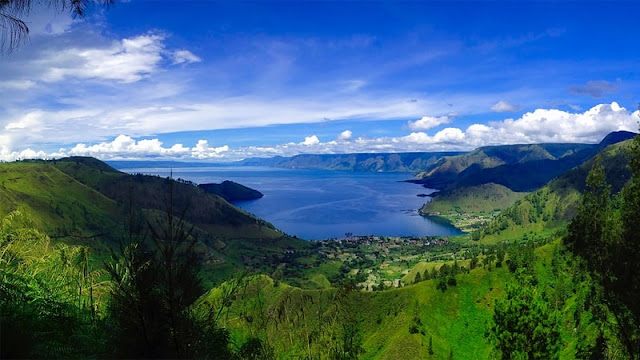 Toba is the number one largest lake in Indonesia with a surface area of ​​around 1,130 km². The lake which is located in the middle of North Sumatra is also touted as the largest volcanic lake in the world.

It is said that the basin was formed from a volcanic eruption which erupted more than 70,000 years before Christ. The eruption was considered to be the largest on Earth, touted to be the trigger for the ice age (the time at which the Earth's temperature dropped and caused the amount of polar ice to rise).

Researchers from Michigan Technological University, Bill Rose and Craig Chesner estimate that the total eruption material reaches 2,800 km³. As a result, there were mass deaths and extinction of several species of living things and reduced about 60 percent of the total human population on Earth at that time which was approximately 60 million people. 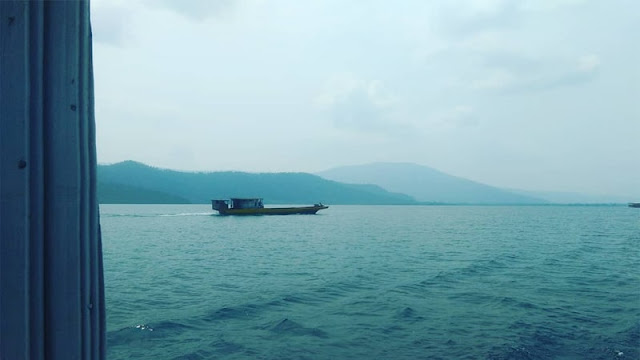 Towuti is located in South Sulawesi Province, precisely in East Luwu Regency. One of the largest lakes in Indonesia, it's surface area is approximately 561.1 km². The surrounding area is part of the Nature Tourism Park area managed by the Natural Resources Conservation Center of South Sulawesi.

Lakes between 1-4 million years old are formed from faults caused by tectonic activities. Interestingly, in the middle of the surface are several small islands, including Loeha, Bolong, and Kembar Island.

In addition, research from ITB (Bandung Institute of Technology), LIPI (Indonesian Institute of Sciences), and Brown University (UK) also noted that Towuti is the oldest ancient lake in Indonesia. Inside are endemic biodiversities, such as shellfish, crabs, shrimp, sharp finfish, and butini fish that live in the bottom of the lake. 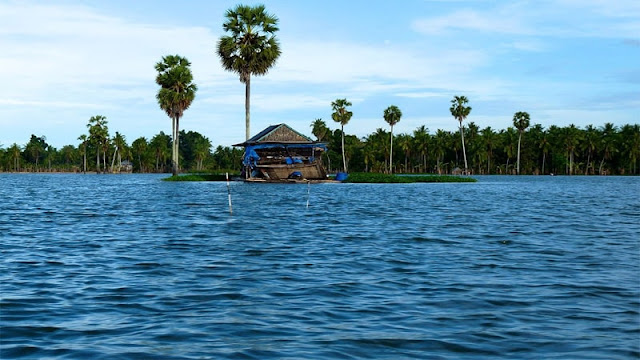 Based on its area, which is around 350 km², Lake Tempe is also listed as one of the largest in Indonesia. The location is in three sub-districts, namely Tempe, Belawa, Tanah Sitolo, Maniangpajo, and Sabbangparu Subdistricts in Wajo District, South Sulawesi.

The depth is only about 5 meters (m), but there are freshwater fish species that are rarely found elsewhere. The diversity of fish species is affected by its location above the confluence of Australian and Asian Continent plates. The meeting of the two plates made it possible to mix the typical fauna of the two continents.

Not only that, there is a famous Maccera Tappareng celebration that is often held by the surrounding community. The celebration which aims to purify the lake is marked by the slaughter of animals (usual cows), then followed by attractions of ornamental boat races or unique folk games that are able to attract tourists. 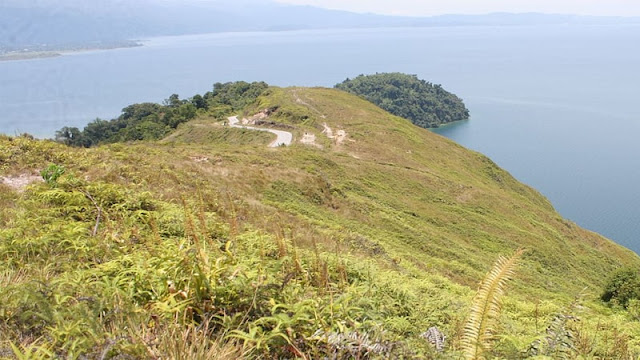 Furthermore, there is Lake Poso which is also one of the largest lakes in Indonesia with a surface area of ​​around 323.2 km². Named Poso because it is located in Poso Regency, Central Sulawesi.

Poso was also recorded as the third deepest lake in Indonesia with a maximum depth of 450 m and capable of holding 216 gigiter of water. In it, there are various types of aquatic animals, especially rare fish. In fact, there are also endemic fish species, such as Andiranichthys, Nomorhamphus celebensis, Oryzias nebulosus, and Mugilogobius Amadi.

Not only in water, but the surrounding forest area also stores a variety of flora and fauna. Call it wild aggres in the area near Bancea Village, as well as anoa (forest cattle) and pigs deer which are called endemic animals in Sulawesi that is almost extinct. 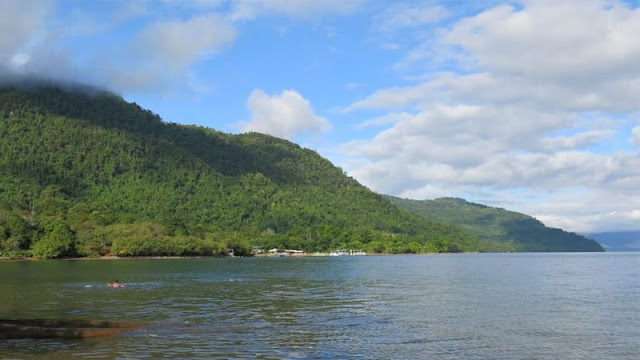 Located in South Sulawesi, Matano is one of the largest lakes in Indonesia with a surface area of ​​164.1 km². According to WWF, Matano is also the deepest tectonic lake in Southeast Asia and ranks 8th in the world with a depth of up to 590m.

Similar to Towuti, Matano also includes the oldest lake in Indonesia that was formed from a fault due to tectonic activity. This place, estimated to be between 1-4 million years old, is protected as a conservation area and is also used as a tourist/recreation location.

Interestingly, this place is also listed on the WWF Global Ecoregions list because it has endemic ecosystems and biodiversity. In addition, it is rich in iron content which is geologically indicated by red soil. In fact, along the borderline where the land appears black, it was once said to be used for burning and smelting iron in the 14th century AD. 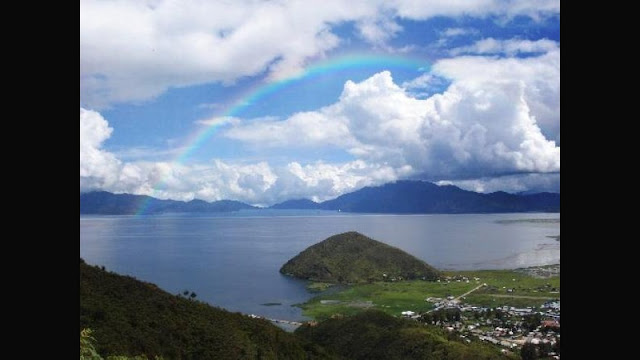 As the name implies, this lake is located in Paniai Timur, Paniai Regency, Papua. Paniai Lake is one of the largest in Indonesia with a surface area of ​​154 km² and its banks are surrounded by mountains and beautiful high cliffs.

Its beauty has been recognized internationally at the World Lake Conference which was attended by 157 countries on November 30, 2007. No wonder the area is the main tourist attraction in Paniai Regency.

Besides its natural appearance, Paniai is also filled with various types of freshwater fish and shrimp. Among the various types of biodiversity, there are rainbow fish species that are hunted and sought after by fishermen and fish lovers (collectors) because of their high economic value. 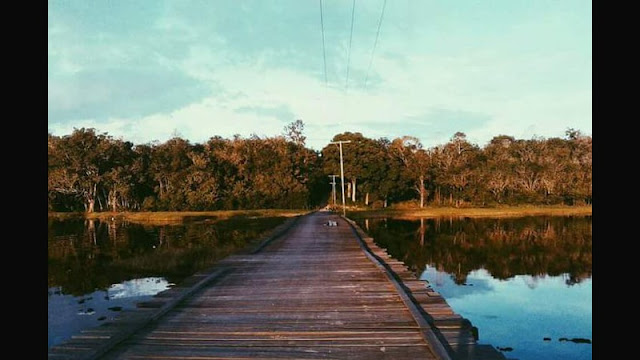 One of the largest lakes in Indonesia is Jempang, which has a surface area of ​​approximately 150 km². This area located in West Kutai Regency, East Kalimantan is not a tectonic lake but is formed because of a basin in a flat land flooded with water.

One of the attractions of this lake is its beautiful natural scenery. There are also rich in flora and fauna. In addition, its existence through the flow of the Mahakam River also makes it one of the favorite tourist destinations in East Kalimantan. 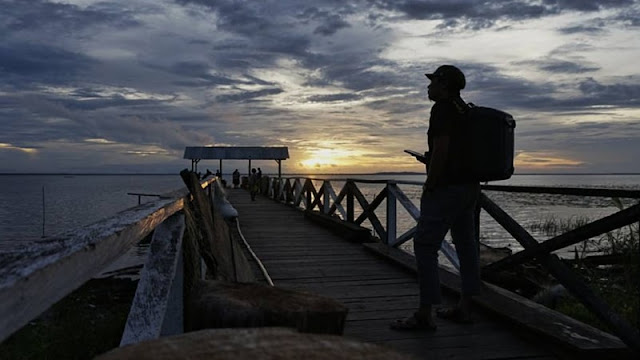 Furthermore, there is Rombebai which is also one of the largest lakes in Indonesia with an area of ​​137.49 km². Rombebai is located in Papua, 20 km from the Pacific Ocean and located close to the Mamberano River.

Even though it is located quite far from the sea and the water is fresh, it is reported that in that area sharks have encountered. Perhaps, it is the flow of the Mamberano River that is the link between Rombebai and the Pacific Ocean that allows sharks to accidentally swim up to the lake.

The specialty of this place is that it is found in abundant natural gas blocks. Natural gas is managed by an oil and gas exploration company based in Australia. 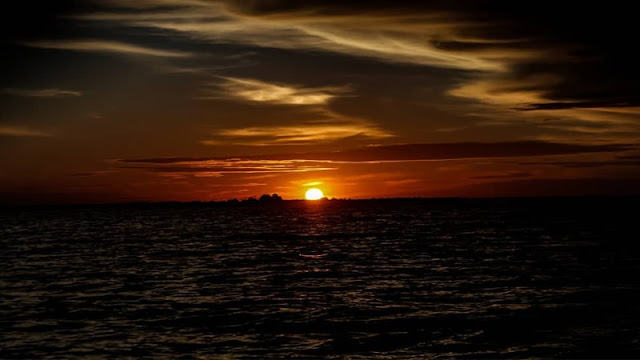 Not far from Jempang, Semayang is also located in the Mahakam River basin. Its surface which has an area of ​​130 km² makes Semayang one of the largest lakes in Indonesia.

Semayang has fairly high biodiversity and many famous people who work as fish entrepreneurs. Most of them use fish catches to be marketed raw, but some are processed.

On the other hand, Semayang has a uniqueness that makes it one of the interesting tourist objects in East Kalimantan. The uniqueness is that the surrounding population uses more boats as the main means of transportation to move from one place to another. 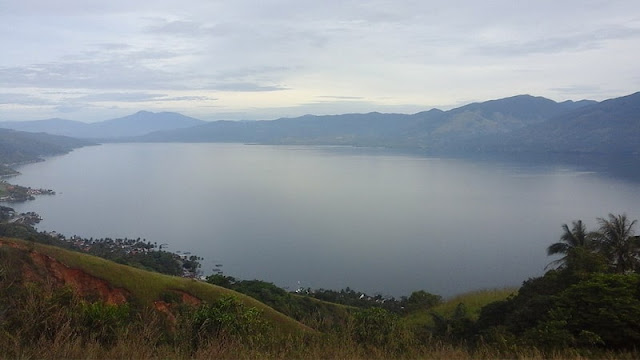 The largest lake in Indonesia is Singkarak, which is located in West Sumatra. The surface area is 107.8 km², which stretches between two districts, namely Solok and Tanah Datar.

Singkarak is formed from tectonic activity made by a fault called the Sumatra Fault. The basin appears after a change in the Sumatran Fault which causes most of the subsidence, while the edges are formed from volcanic material.

Just like other lakes, Singkarak also contains a lot of air biota in it. In fact, the habit of water in Singkarak supports the development and growth of small cultures, such as plankton and benthos.