10 Train Stations with the Best Architecture


10 Train Stations with the Best Architecture 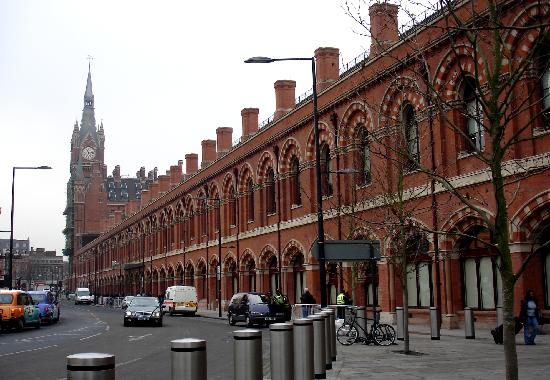 This train station is located in London England and was built between 1864 - 1868. The architecture of this building is very impressive, according to the year of manufacture. This building has a very thick old-fashioned atmosphere, with typical British architecture and combined with bright Gothic style. At this station there are also two 9 meter tall statues made of bronze. At this station there is also the longest champagne bar in the world. 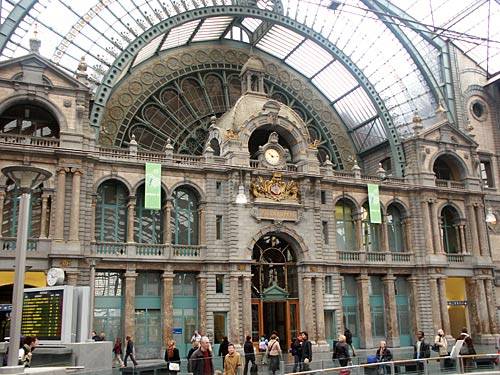 This station was built between 1895 - 1905. Cathedral Railway. This train station has a unique building shape like a church with a large dome on its roof, as well as a small dome on the upper corners of the building. Not surprisingly, the wider community often calls this station the Cathedral train station. 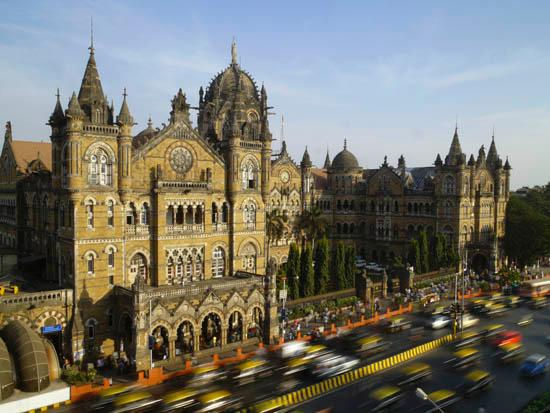 The station is located in the city of Mumbai and is one of the busiest stations in India. Chatrapati Shivaji Terminus was designed by Frederick William Stevens, a British architect. The architectural value is high because of the mixture of two architectural models, namely between the western Gothic model and the traditional Indian model, so that it is considered to have more value for the world of 19th century architecture. In 2004 this station was written on the list of World Heritage sites as one of the world's heritage buildings. 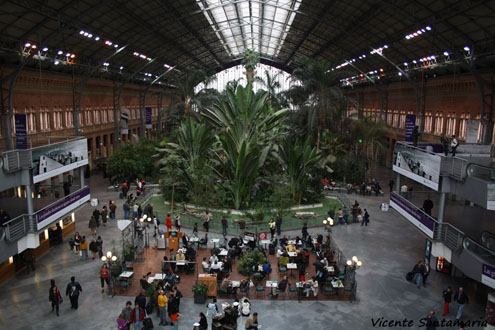 Have you ever seen a forest inside the station, if you haven't, please visit the Estacion de Atocha in Spain. Because in this station a miniature garden is made that resembles a jungle to add to the impression of nature at this station. The station was originally made in 1851, then in 1992, began adding a 4,000-meter mini forest by Rafael Moneo. 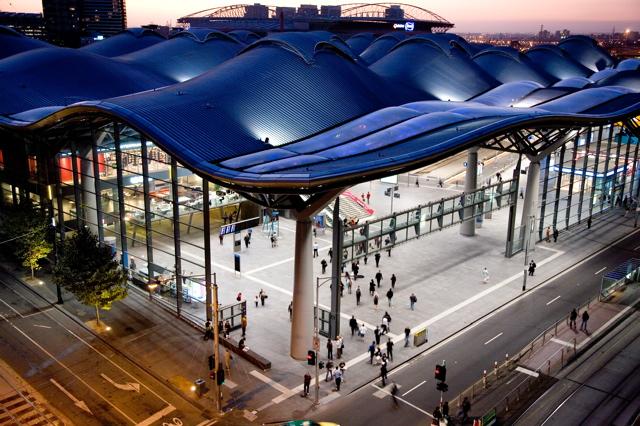 The Southern Cross Station is a train station located in Melbourne. As one of the most vital train stations in Australia, it's no wonder the architecture of the station building is very impressive. The most interesting thing about this building is the corrugated roof. Because of its impressions, the Station was awarded the Lubetkin Prize by the Royal Institute of British Architects, which is an award for new high-rise buildings located outside the European Union. 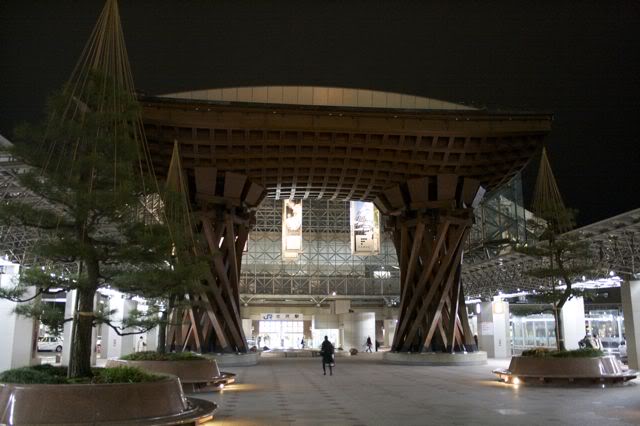 The first architecture to be seen by visitors at this station is a large 14 meter high gate like a traditional Japanese gate. Inside the station, you will see the most impressive architecture, namely the Dome which covers the section that connects the east and west consists of 3,000 glass panels. The station is also known as a station that combines traditional wood-based styles with modern metal-based architecture. 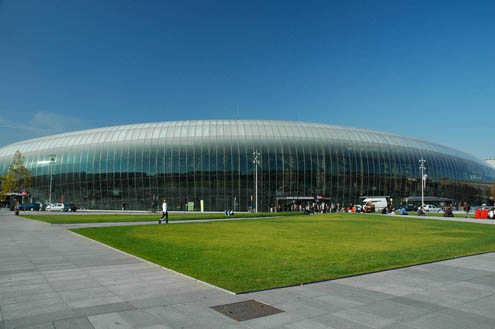 The La Gare de Strasbourg train station was designed in 1883 by an Berlin architect named Johann Jacobsthal, then renovated again in 2007. In this renovation, added a glass frame and 120 meters of glass construction on the outside, so that the station looks like a shining gem when exposed to sunlight. 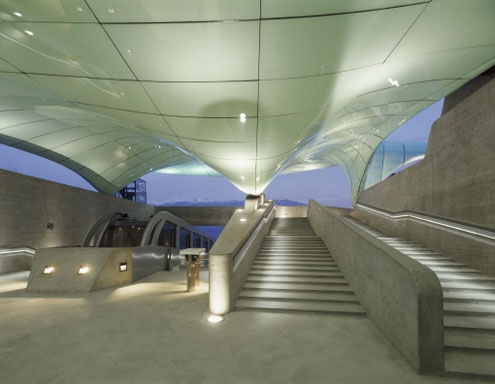 North Park cable way is one of the largest stations in Austria located in the City of Innsbruck. The construction of the Cable Way North Park building architecture was designed by architect studio Zaha Hadid. The roof of the station building is made like an abstract wave shape and adds to the futuristic impression of this train station. 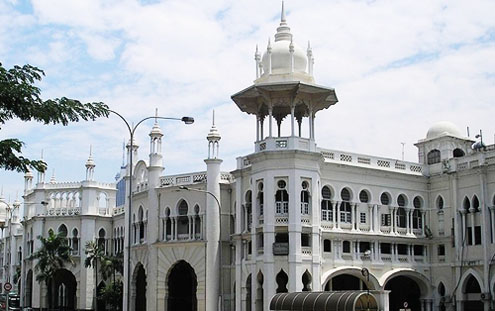 The train station in Malaysia is actually a fairly old train station, the construction of the station was completed in 1920, so the building is very classic style. But make no mistake, even though the style is old-fashioned, this train station still looks elegant. This can be seen from the construction of this building that combines western and Malay styles, so that the old-fashioned impression that actually adds more historical and cultural value. In fact, some people actually consider that this station is more suitable to be called a castle. 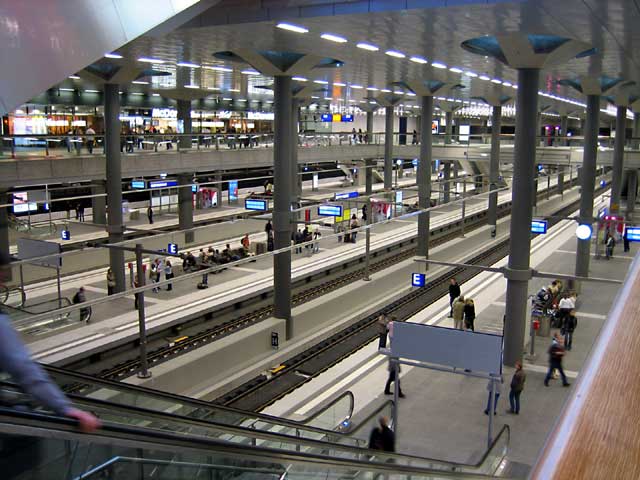 The Berlin Hauptbahnhof is the largest train station in Europe. The construction of the building is very modern, and has a futuristic building architecture. The train station was completed in 2006. The station has 2 levels, 14 sections and 80 store stands that are made as comfortable as possible for visitors considering this station is a train station that is very vital in Germany. This building consists of metal and glass panels that allow sunlight to shine into the building.