OmgUp! - Canada is a large country that has a variety of interesting tourist attractions to visit. With an area of ​​more than 9 million square, the natural panorama in Canada is very fascinating. One of them is Niagara Falls which has become a favorite destination for local and foreign tourists. No wonder, if this country is also very popular to become a world tourist destination. Here are some of them. From Niagara Falls, visitors can see Horseshoe Falls and American Falls very clearly. The population of this city is around 83 thousand in 2011. Between Niagara Falls (Ontario) and Niagara Falls (New York) connected by 2 international bridges, the famous one is Rainbow Bridge. In addition to Niagara Falls, other attractions in the city include MarineLand, Journey Behind the Falls, and Niagara Parks Butterfly Conservatory.

Old Montreal is the oldest area in Montreal, Quebec, Canada. Located in a small town of Ville - Marie, this area was also dubbed "New France" because of its French-style buildings. In general, Old Montreal is bordered by McGill St on the west side, the Ruelle des Fortifications in the north, on the east bordering Rue Saint Andre and the south with the Saint Lawrence River. 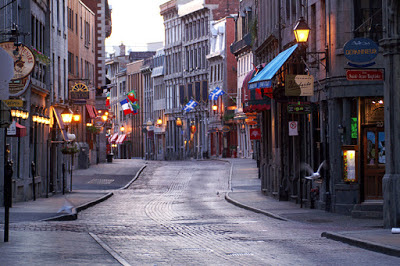 With the many historic old buildings, Old Montreal is one of the popular tourist attractions in Canada. Some of them are Montreal City Hall, Bonsecours Market, Notre-Dame-de-Bon-Secours Chapel, Chateau Ramezay and Sir George-Etienne Cartier National Historic Site of Canada.

You can see Butcharts Garden with a variety of atmosphere, there are Italian Garden, Japanese Garden, Sunken Garden, Concert Lawn Walk, Mediterranean Garden and Rose Garden which are very stunning. You can also find traces of mine excavation on one side of the park, making the landscape more contrasting, varied and not boring. 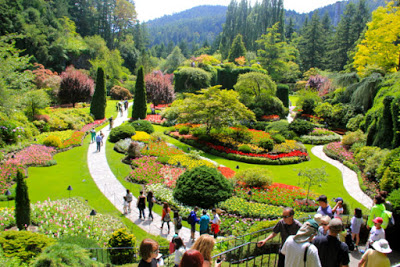 From Sunken Garden, you can see a variety of plants planted with different heights. This makes anyone who sees it will be fascinated by the composition of the shape and color of the flora in this place. For visitors who use wheelchairs, Sunken Garden also provides special lanes, so there's no need to worry.

No less interesting is the Japanese Garden. The Torii Gate or the bright red Nippon typical gate will welcome every visitor who will enter. Here you will be treated to plants from Japan, complete with small rivers, fish ponds, and classical oriental-style bridges. Maple trees around the park give the impression of peace. 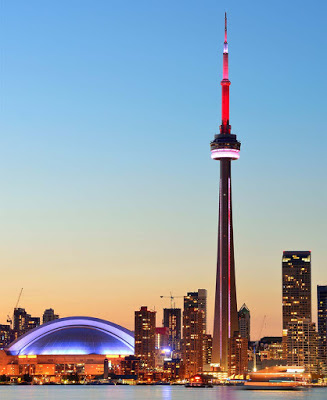 CN Tower is one of the tallest towers in the world with a height of more than 550 meters. This tower located in Toronto is considered as the icon of this city. CN Tower is used as a communication tower. More than two million visitors come to this tower every year. There are two areas for visitors in this tower, seven floors at 330 meters and the SkyPod at 447 meters, just below the antenna. From the SkyPod, you can see landscapes as far as 100-120 kilometers, or even you can see a little part of the City of Rochester, New York, United States on a sunny day. 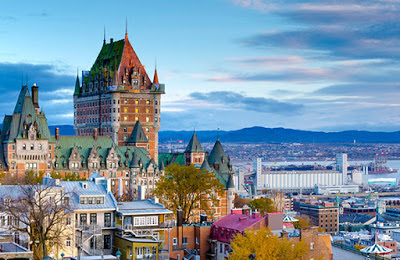 Quebec is a city located in the eastern part of Canada. Although in Canada, this city provides a completely different sensation from Canada. Here you will experience traveling like in France. Here, you can also visit Frontenac Chanteaux which stands next to the River St. Lawrence. Frontenac Chateaux is a fort that was once under the French people and was built as a refuge from the British navy. Another unique thing from Quebec, namely Hotel De Glace. This hotel is a hotel made of ice that was opened during the early months of winter. 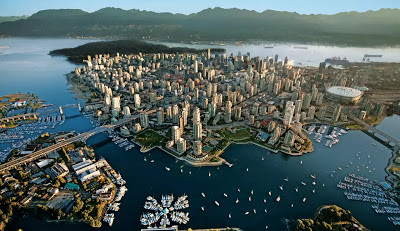 The city of Vancouver is a city that is ranked as the most comfortable place to live. Vancouver is also known in the world for its beauty. In this city, there is one of the largest city parks in North America, namely Stanley Park. The scenery in this city is dominated by the North Coast Mountains and — if it's a sunny day — Mount Baker in Washington. Together with Victoria, this city is the warmest city in winter. 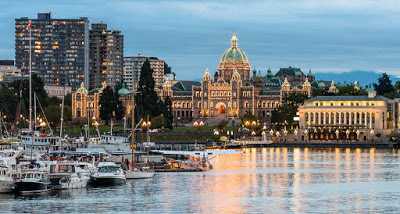 Victoria is also one of the favorite destinations of tourists who come to Canada. When you come to this place, you will be welcomed by the beauty that is a classic type of Victoria. The nuances of England are thick in Victoria because Canada is a British colony. In Victoria, you can visit several destinations such as The Empress, a magnificent old Edwardian hotel, The Grandeur British Colombia Parliament Building, British Colombia parliament building with a combination of Roman-style architecture and Baroque style details, and The Butchart Garden, a place where more than 700 types of flowers and plants grow in the garden which has five main parks, namely Mediterranean Garden, Sunken Garden, Rose Garden, Japanese Garden, and Italian Garden. 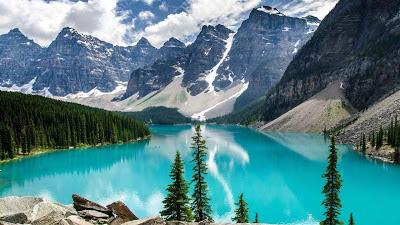 This national park is one of the national parks in the Rocky Mountains, located west of Calgary, Alberta. Here you can see rows of mountains with hundreds of glaciers, forests, ice fields, and views of the Alps. Besides you can feel the beauty of this national park directly, you can also do activities that are quite extreme, namely diving in the cool ice lake which is of course accompanied by a professional lifeguard. Tickets entering this park cost between $ 10 and $ 20. 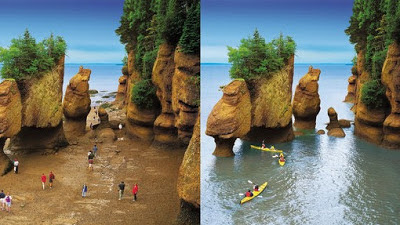 The Bay of Fundy is located on the east coast of Canada and has an area of ​​270 square kilometers. This tomb has the highest tidal water in the world with a difference of 16.2 meters. As many as 100 million cubic meters of seawater flow in and out into this every time there are tides in a span of about 6 hours. The bay is famous for its coastal rock formations, extreme tidal effects. In this bay, you can enjoy dramatic views of steep cliffs and volcanic rocks that reveal a large number of fossils and signs

life from millions of years ago. The Bay of Fundy is also a place for migrating birds, where rare and endangered habitat of whales are found, and the discovery of fossils of plants and animals. 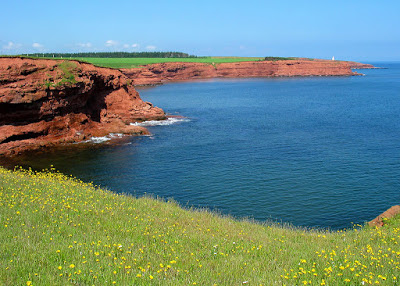 Prince Edward Island is the most beautiful place in Canada. This place has always managed to hypnotize the tourists, because of the beauty and amazing panorama. A clean beach, blue sea and blue sky with thin wrestling clouds make the mind fly at the point of calm.

The atmosphere in this place is relaxed and comfortable. Making anyone who visits Prince Edward Island is complacent because the atmosphere in this place is guaranteed to make your mind fresh again after being busy with the boring work routine. On the northwest coast, you can also see modern windmills made for wind energy. Uniquely, if you succeed in reaching that point, you will get a ribbon as a sign that you have visited Prince Edward Island.