10 Greatest Volcanic Eruptions in the World

10 Greatest Volcanic Eruptions in the World - In this world, there are many volcanoes that have exploded and caused casualties to fall not a few in number, even some have recorded up to thousands of people who became victims of the malignancy of the stomach of this nature. But even though there are hundreds of volcanic eruptions in the entire earth, we note that there are 10 biggest eruptions which have caused many casualties (please note, 4 of them are in Indonesia, you know)


10 Greatest Volcanic Eruptions in the World 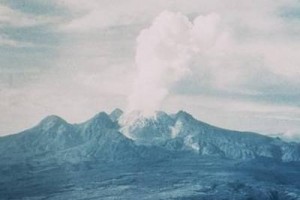 Lamington is a 1,680 meter high volcano located in Papua New Guinea. Unfortunately until 1951, the locals in the Oro Province thought the mountain was just an ordinary mountain covered with trees.

Until one night on January 18, lava and smoke began to emerge from its peak, and three days later, a very large explosion from the north side caused the sky to be covered with thick dust and drizzle of magma mixed with sulfur vapor. Within a few months the vibrations and eruptions continued for a 10-mile radius. The explosion caused a total of almost 3,000 deaths.


Papandayan is a semi-active volcano located on the island of Java, Indonesia. In 1772, this volcano erupted destroying 40 villages nearby. More than 3,000 people were killed. This volcano is estimated to be very dangerous and continues to emit smoke and eruptions in 1923, 1942, and continued to increase its strength in 2002. 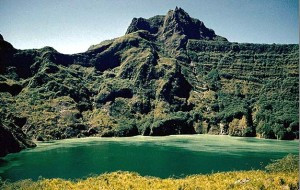 Kelud is also located on Java, Indonesia. The east side of Kelud was 'grumbling' in 2008, where previously in 1919 the lava mud had killed over 5,000 people. Since then, the Ampera Tunnel, a drying system to accommodate lava floods from craters has been built.

October 2007, at that time 30,000 local residents had to be evacuated after the volcano was in Red Alert condition. For two weeks Kelud spewed dust up to 8 miles away.

Unzen which consists of several layers of stratovolcanoes is located in the Kyushu area, Japan. This 1,500 meter high volcano is still active today. In 1792 several lava domes collapsed, causing a tsunami that killed more than 15,000 people. A recent eruption in 1991 killed more than 40 people and caused tremendous damage to the surrounding buildings.


Nevado Del Ruiz, Colombia, known for its lava, is a mudflow or avalanche consisting of water and deadly and deadly pyroclastic material. In 1595, 635 people were killed after boiling mud poured into the Guali and Lagunillas rivers, and in 1845 more than 1,000 people were killed.

The city of Armero, built on dried magma, had lost almost its entire population when in 1985, an eruption had flowed lava at a speed of 40 miles per hour and buried the city. More than 23,000 people died. 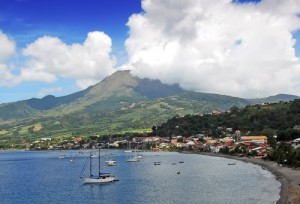 Volcano, located in Martinique, is now a popular tourist destination in France commemorating that something very deadly has happened here. In 1902, the largest eruption in the 20th century occurred here and killed more than 30,000 people.

Beginning with small successive eruptions that only emit smoke, sulfur and dust and in April 1902, this volcano did not fully erupt until May 8, 1902. Lava fountains were lit, and poisonous clouds glided at speeds of 600 miles per hour from volcanoes that is.

With temperatures of 1075 degrees, lava has boiled the city of St. Pierre below. The city caught fire days later. Only two people survived at that time. 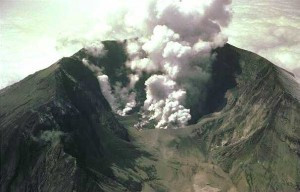 Tambora is an active volcano of 130 volcanoes in Indonesia. The 4,300 meter-high giant mountain has 'done' a series of explosions from April to June in 1815 and shook the world with its after-effect that changed the stratosphere and caused bad hunger to the US and Europe in the 19th century.

A glowing red stone rains the sky when the entire mountain erupts. All plants on the island where the mountain is located are destroyed by lava and poisonous clouds. In all, more than 71,000 people died from burning, starvation or poisoning.

Read More - 10 Tourist Attractions in Batam You Must Visit 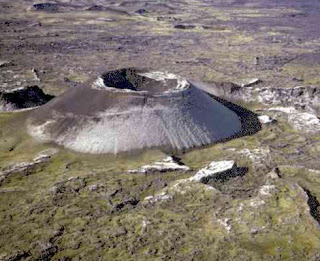 Laki is a legendary volcano in Iceland that has fallen asleep since its last devastating eruption in 1783. With an altitude of 1,725 ​​meters, this volcano caused damage throughout the country when it erupted spectacularly, killing over 50% of the population of living things in Iceland with poisonous sulfur and fluorine clouds.

Hunger is the cause of death of 25% of the population. The lava fountain radiates up to 1,400 meters in height. The whole world feels the effects of the eruption. Toxic clouds spread to Europe, covering the sky of the northern hemisphere, which caused winter to arrive early in England and kill 8,000 people.

In North America, the winter of 1784 became the longest and coldest winter ever recorded. There is a record of more snow in New Jersey, the Mississippi river freezes in New Orleans, and ice is found in the Gulf of Mexico !. 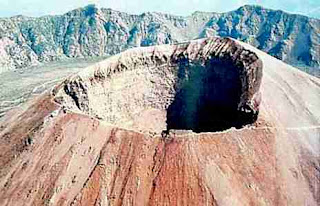 This volcano became number two for its cruelty, causing deaths of up to 25,000 lives. When Vesuvius with its most powerful eruption in 79 BC, it completely buried the city of Pompeii underneath it by spewing its 'stomach contents' for 20 hours nonstop. Since then, this volcano erupted dozens of times and finally in 1944 several nearby villages were destroyed ...


Krakatoa, also known as Krakatau, is a still-dangerous volcanic island, located in the Sunda Strait, Indonesia. August 1883, a series of terrible terrible explosions with a force of 13,000 times larger than the Hiroshima bomb. The explosion was heard up to Perth, Australia.

Vomiting of more than 21 cubic kilometers of rock and dust soared to as high as 70 miles. Officially, more than 37,000 people have died. But with the tsunami that caused it, the victims seemed to be even bigger.