Korean star Song Joong Ki divorced Song Hye Kyo - just over a year after marriage, Song Joong-ki filed for divorce against his wife, star Song Hye-Kyo. That was confirmed by both agencies.

Yonhap reported, a lawyer assigned to represent Song Joong-ki on Wednesday (26/6) submitted a court mediation for the actor's divorce with actress Song Hye-Kyo through the Seoul Family Court. 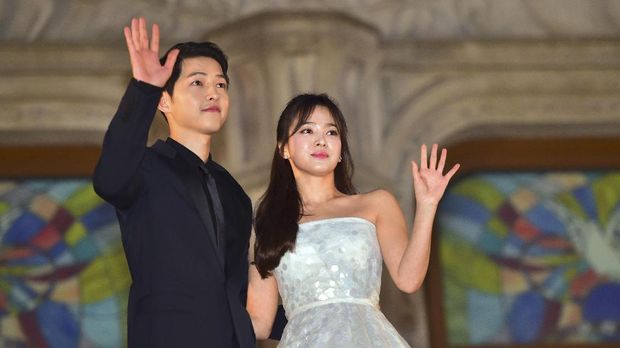 Song Joong Ki, through a letter brought by his attorney, apologized to all parties who were disappointed with this divorce claim.

"First of all, I want to convey my apologies to many of you who love and respect me, for this sad news," Song Joong-ki said.

"I have decided to continue my life in a divorce with Song Hye-Kyo. Instead of extending the process by considering each other's mistakes and reproaching each other, I hope to resolve this peacefully," he continued.

"Our law firm filed for divorce in the name of Song Joong Ki in the Seoul Family Court on June 26. In addition, we want to convey Song Joong Ki's official statement."

In his statement, Song Joong Ki apologized to his fans and explained that he hoped divorce would still be fine.

Previously the news of this divorce had spread. But many fans both denied the news.

Song Joong Ki and Song Hye Kyo's spouses commit their loyalty on October 31, 2017, in South Korea. At that time they held a closed ceremony in a traditional Korean garden at The Shilla Hotel, Seoul.