Fizo Omar accepted the court's decision - Actor Fizo Omar, admitted that he was still awaiting a court decision regarding the turmoil that hit his household. Fizo said, what was his decision later, he would accept with an open heart, at the same time asking people to pray for himself and his wife, Mawar Abdul Karim. 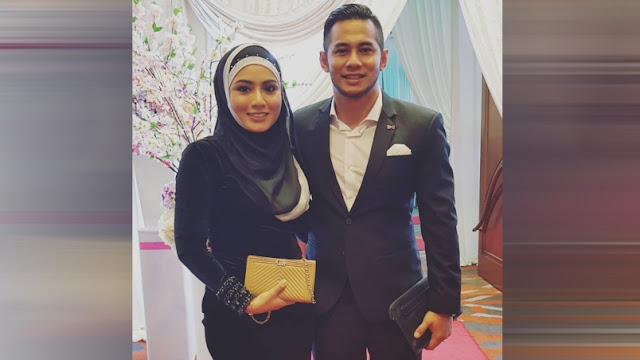 "Good prayers so that Mawar and I will meet the best way. Nothing will happen without Allah's permission and if it happens, I consider it as fate.

"I believe God's design is the best for us as His servants. I really hope that all parties can provide space for us to resolve this issue as well as possible, "he said, explaining one channel on Instagram today.

The output included in the family photo was a series of several reports after the couple had completed the Shawwal separately, besides there were no recent pictures together on their respective social pages.

Prior to this, the actors, lawyers and business people were confessed to confessing that their relationship was in front of the crisis, instead Mawar was said to have received the advice of the governor.

Add Fizo or Wan Hafizol Wan Omar, 34, he forgives all comments and slanders thrown by citizens because they understand, they don't know the truth.

He said again, he hoped all parties to understand the situation of those who are still looking for the best way to deal with the crisis.

"I want to apologize to all media partners, friends and interested ones who are concerned when asking khabar about the challenges in my household and Mawar.

"For this period, I can't answer all problems. Not neglected my household faced a little challenge. I really hope, especially the media and citizens will be patient and understand our situation, "he said.

The Fizo, however, considers their faced trials to have wisdom.

"Who is the one who founded the household, surely has a dream to live happily and keep it up to Jannah.

"But, when it comes to time, we are chosen by God to be tested and that means, we are able to deal with it. We need to believe that God never wronged His servants.

"Maybe every event that happens appears bad in the human eye, but not with Allah. The wisdom depends on us who accept it, "he wrote.

At the same time, he stressed, what will apply to their marriage later, he and Mawar will continue to be good for the sake of their only child, Wan Maryam.

"Insha Allah, my relationship and Mawar will continue to be good for raising and educating Wan Maryam. What also happened, Mawar remains a mother to our child, "he said.

The couple was accepted in November 2013 and blessed by Wan Maryam, who is now two years old.