10 Most Delicious Foods in Indonesia 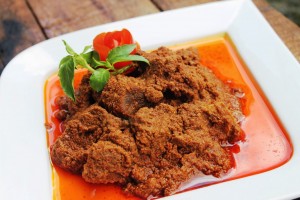 Nothing wrong if the rendang is touted as one of the most delicious foods in Indonesia, even in the world. The cuisine of which the main ingredient made of beef this can make your tongue sway feel the pleasure. Just imagine the delicacy of beef combined with a distinctive spice rendang with a dominant sweet-spicy taste. This cuisine is very delicious eaten only with a plate of white rice and a glass of fresh tea. 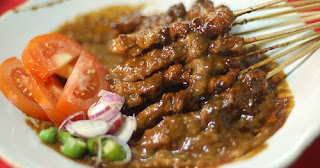 If you happen to visit Indonesian restaurants abroad, it is almost certain that Sate will enter as a prima donna dish in the menu. Sate actually has a simple recipe concept, the meat is cut into small pieces, seasoned, and then burned. What makes a distinctive sate come up is the seasoning sauce that is used, usually consisting of soy sauce and mashed beans. Various types of satay menu, such as chicken satay, beef satay, and goat satay you can enjoy almost in all corners of Indonesia. 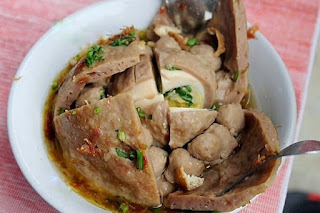 This food menu is unique and may only be found in Indonesia. Yep, meatballs are typical Indonesian food that tastes delicious can make you addicted and can spend more than two servings once a meal. Typically, meatballs are made of ground-smoothed beef and shaped like a ball, served with noodles, dumplings, and a pinch of fried vegetables and onions. Want to try another variation of meatballs? You can just try the chicken meatball and fish balls that are not less delicious than the cow meatballs. 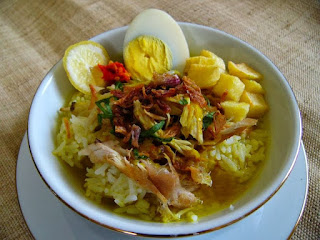 Soto can be said, soup is a "typical Indonesian soup". The main concept, soup is a bowl of meat cut into small pieces, served in gravy along with some vegetables. In Indonesia alone, there are more than hundreds of types of Soto that delicious no doubt. Call it Soto Madura, Soto Betawi, Soto Sukaraja, and Soto-Soto typical other regions in Indonesia that presents its own delights. Usually, very delicious soup eaten with crackers and a glass of iced tea. Hmmm! 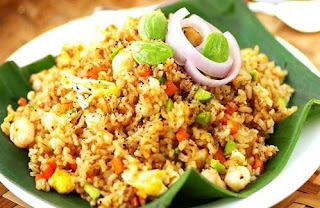 The menu of Indonesian fried rice dishes is not a strange thing to be found in the international world because the concept is almost the same as "Fried Rice" which comes from China and is very famous. However, Indonesian fried rice has its own distinctive characteristics that are not found in "Fried Rice" other countries. The most important is the use of soy sauce and various complementary rice such as chicken liver and shrimp crackers. Make no mistake if in an international elite restaurant, menu "Nasi Goreng" plastered there. 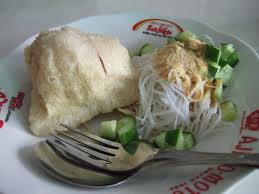 Who is not familiar with the delicious cuisine of this Palembang. Pempek is said to be first made by Chinese immigrants who work in Palembang as a fish and tapioca starch trader. And indeed, Pempek's main recipe is made of both the main ingredients. Pempek become one of the most sought-after dishes in Indonesia because it can be eaten as a light snack or main meal. Usually, pempek served with sweet sour sauce that can increase your appetite. 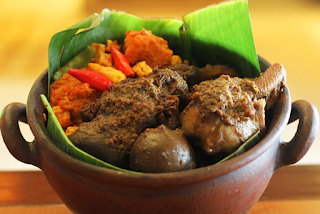 The uniqueness of gudeg as a menu of cuisine makes this food a favorite menu of foreign and local tourists who visit Jogja. Gudeg made from young jackfruit boiled overnight, mixed with secret spices and coconut milk. The end result, you can eat a young jackfruit that is very soft and sweet. Gudeg ate with boiled eggs or similar spiced chicken meat. As a compliment, usually gudeg eaten with sambal krecek and served in the besek (a kind of basket of woven bamboo). Very tasty and exotic. 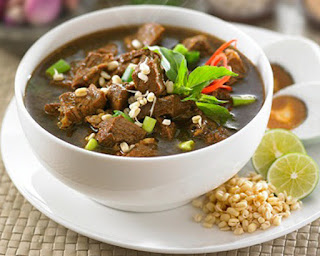 East Java typical cuisine is also practically as one of Indonesia's culinary. For foreign tourists, Rawon may look like a brownish black soup in which there is plenty of super-tender beef. Raw spice rawon makes this food has a unique taste as well as pamper your tongue with a variety of sweet, sour, and salty taste; a sensation that makes you want to enjoy it again and again. 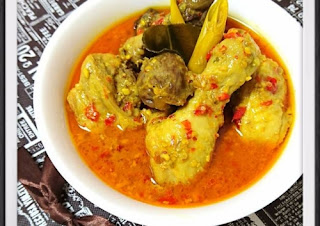 Opor Ayam identical with the celebration of Lebaran, the largest religious festival in Indonesia. This food is usually eaten with ketupat, lontong, and sambal goreng hati. Opor has a unique taste because it is cooked with coconut milk and turmeric that gives the golden yellow color in opor sauce. Chicken meat cooked with spice opor also has its own sense of taste, feels more tasty and tender. This food is usually enjoyed with shrimp crackers and a glass of warm sweet tea. 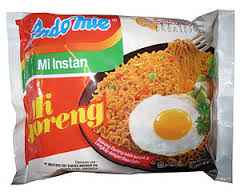 Instant noodles Indonesian production is delicious is already known in various countries around the world. That said, Indomie even crowned as the best instant noodle in the world. Indomie delicacy lies in the seasoning is very rich in taste, savory, and comes with fried onions and flavor oil. Indomie allows you to taste the deliciousness of a dish in just a short time, it can be made by anyone, anytime, anywhere.